I have to admit that I was skeptic when I was told that Skechers were going to release running shoes. Mostly because of Skechers attempts in past to create different kind of exercise shoes, at time ridiculously looking. Then Skechers announced that Meb Keflezighi would run in Skechers and runners around including me started to be more curious. Skechers first release was GoRun, a 4mm drop shoe that promote a mid foot strike. I was tempted to give this shoe a try but after I been reading some mixed reviews a decided to wait. The biggest complain was the aggressive mid foot "bump". According to  reviews the "bump" was suppose be less aggressive on the new Go Run Ride. So I decided to give Skechers a try......

The upper is very minimalistic with a soft stretchy mesh and a few over lays. The feeling is very sock like and the foot get really locked down. The heel cup does not have any kind of structure just enhanced mesh and a overlay. I was skeptic about the heel fir and a possible slippage but the heel really stays put. Nothing to worry about. Mesh is breathable and does not create any hotspots for me. The tongue is of a thicker neoprene ish material and and is integrated with the mesh all the way up for a better fit. At time the tongue get folded where attache to mesh and can possible create a hot spot.  The laces could have been of better quality as the get twisted fast and could possible create hotspots.

The midsole of the GO Run Ride, uses the same compound as GO Run,  Skechers Resalyte™  a very lightweight and resilient compound . I have almost 200 miles on my Go Run Rides and the compound does not show any sign of break down. As with other compounds Resalyte responds really well when you are picking up the pace. Im pleasantly surprised how well Resalyte works. On the Ride the midsole is a bit thicker the GoRun but still has the 4mm drop. The midsole is very flexible and the  M-strike "bump" is still present but not as aggressive. In fact when I get my legs going a bit faster the "bump" is not even noticeable.

The outsole is created by several GOimpulse sensors™. These sensors according to Skechers  are independent circular sensors that are supposed to deliver feedback for an interactive running experience. Some of the are covered with rubber including the midfoot "M-strike" area. In reality this means that the Resalyte compound take most of the beat, but the pads has not shown much wear after 200 miles. I noticed the first 50 miles that the pads went down scary fast but after this it stopped, and I would say that Go Run Ride shows normal wear and tear after 200 miles. A big issue I have is all the stones and pebbles the outsole collects a specially in the heel part. After each run I probably pull out 10 new pebbles.....

I think Skeckers are listening to there  customers and are improving their shoes. Go Run Ride is not a perfect shoe but after been reading Go Run reviews it seem to that Go Run Ride is an improvement. This shoe has been tested in all kind of weather and training conditions and it can be used for pretty much anything. The shoe really shines when you get up on the midfoot and you are picking up your pace. The upper is great with its sock like fit but could use higher end laces and be careful when you lace up so the tongue does not fold. Ride come in an Ultra version (more open mesh) and a weather protection version as well. With this shoe I get more curious about what Skechers has to offer in the future. 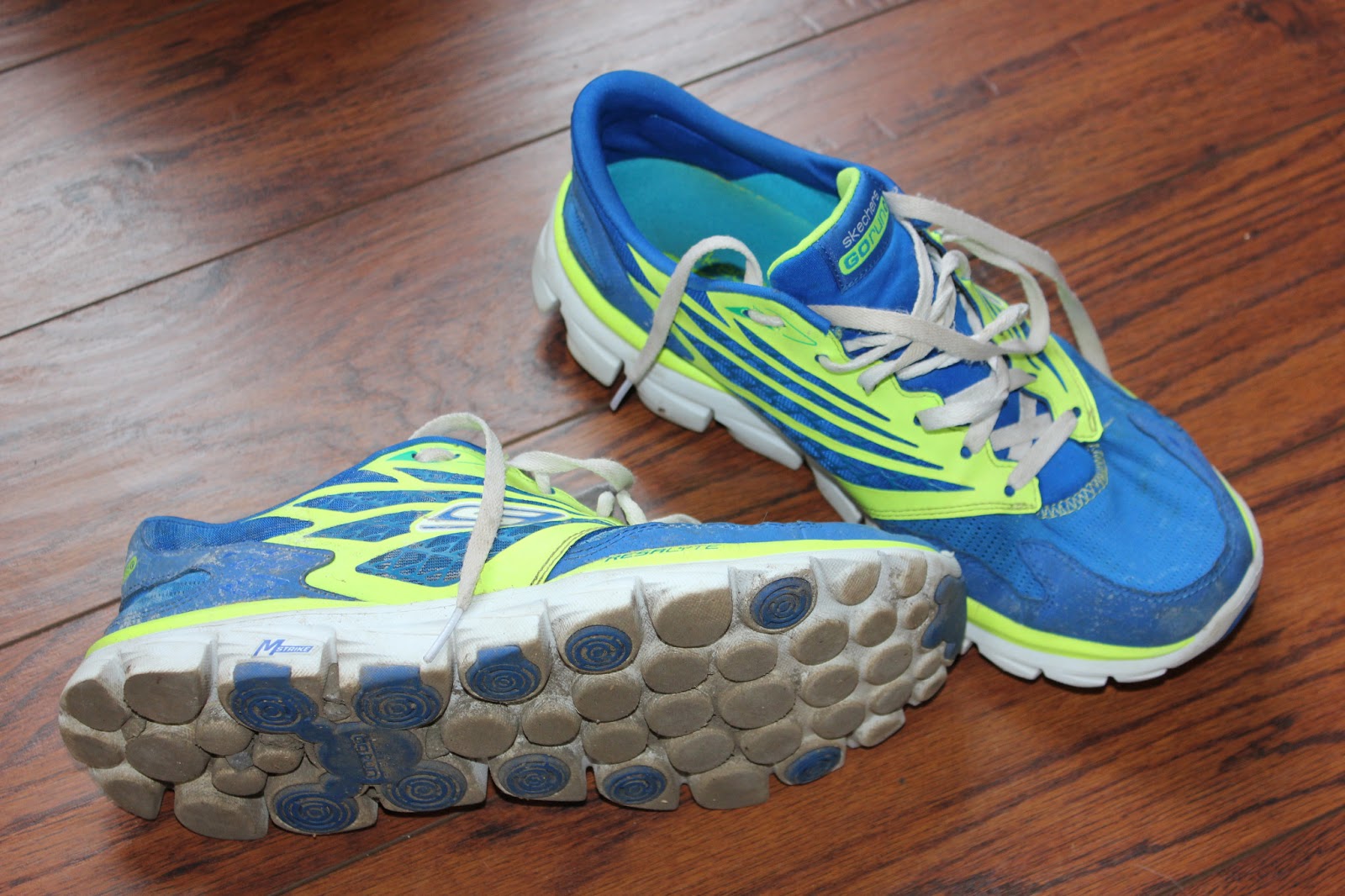 Disclosure of Material Connection: I receive Running shoes from Skechers Performance Division as part of their Skecher Performance Division brand ambassador program. I was not required to write a positive review. The opinions I have expressed are my own. I am disclosing this in accordance with the Federal Trade Commission’s 16 CFR, Part 255: “Guides Concerning the Use of Endorsements and Testimonials in Advertising.”

Posted by therunningswede at 7:39 AM