“I am thrilled to be bringing 19 years of professional racing to the Skechers Performance team,” says Matty Reed. “To be a part of a company that embraces not just my athletic ability but also my insight into multisport. It is an amazing opportunity."

Christian Kemp is an Australian professional triathlete and the 2013 Asia-Pacific Champion at the Ironman 70.3 distance. He divides his time between Sydney and California and is part of the Chris Hanrahan-coached Performance by 3 squad. Now set to line up against the best in the world, Kemp is confident about the season ahead, with his goal to win the biggest Ironman races around the globe, including the ultimate accolade of taking home the Triathlon World Championship title in Kona, Hawaii.

Sarah Haskins grew up in St. Louis, MO and competed in her first triathlon in June 2003. Since then she has had 29 professional wins including being a 2008 Beijing Olympic Team Member, winning the 2008 Silver Medal at the ITU World Championships and winning the 2011 Pan American Games Gold Medal. Haskins currently resides in Clermont, Florida.

Posted by therunningswede at 5:22 PM No comments:

With over 40 Elite and Master's runners as well 12 Professional and Elite Triathletes competing across the United States, the Skechers Performance Division Elite racing team has started 2014 off with bang! Here is a brief recap of some of the events and results.

The Houston Marathon served as the 2014 U.S. Half Marathon Championships, and it was also the first year that the Skechers Performance Division took on the role of official apparel, merchandise and shoe sponsor for the event. The event was a huge success and many Skechers Athletes saw personal bests when they crossed the finish line in downtown Houston. Headlining these great performances was Meb, who proved he still has plenty left in the tank as he added his 22nd National Championship Title to his belt by taking the Half Marathon overall victory. Meb ran his second fastest Half Marathon
time ever just months away from his 39th birthday. Here is a quick video of Meb and the other Skechers Performance Division athletes as they went like never before in Houston.

The last month has also seen some great racing from Skechers Performance Division Athletes from all over the country. In Utah, Ben Van Beekum placed 2nd in the St. George Half Marathon. Ben also went on to win the Striders Winter Racing Circuit 5k, and Jason Holt set a road pr in the 5k of 15:10 at the Salt Lake City 5k while David Olson finished 8th. On Super Bowl Sunday Skechers Performance shoes were showcased on the podium of road races of all distances:

In the world of triathlon, SKECHERS Performance has signed two Olympians in Matty Reed and Sarah Haskins as well as Ironman 70.3 Pan Asian Champion, Christian Kemp. Reed will be competing mainly in Ironman 70.3 events while Haskins will be mixing it up with Olympic distances and 70.3 distance triathlons as well. The native Australian, Christian Kemp is looking for a breakout season at the Ironman 70.3 and full Ironman distances in 2014. The attached PDF shows the entire 2014 SKECHERS Performance Triathlon team. The elite runner presentation will come with the next update.

The year is getting off to a great start and there are plenty more podiums to be had. Go Like Never Before!

Posted by therunningswede at 11:37 AM No comments:

About 8 weeks to go and finally I feel I'm on the right way. About a month ago, jogging home from a workout, I started to feel tight in my left hamstring. Did not think much about it until the next day when went out for a recovery run. Again it started to cramp up around mile 5, this time more painful. I decided to stop and walk back home....Following day, same tightness and cramp but even more painful. After talking to Caleb I decided to take a few days off, doing some cross training, a few days became two weeks...but I'm back running again. I was afraid that I had hamstring tendinitis and a good bye to Boston Marathon but in the end it was "probably" just a small pull. It really started to ease up once I started to use trigger point massage. So what did I learn from this one? Well during the first winter months I got to lazy and stopped with my core work outs. That could be the most important reason. So now I'm not skipping the core stuff, plus I have added some hamstring work outs, to strengthen up does puppies!

The last month the weather has been brutally cold and it has been snow storm after snow storm. Usually I do all my training out side, but this winter I have been at a gym three times so far. basically because I want to make sure I get the right quality in. Freezing poring rain and -13 is not really great weather for mile repeats!

This weekend I did a charity race at the local gym. 13.1 on treadmill. I knew before hand that the biggest battle would be the mind game being stuck on the treadmill. The goal of the day was to keep marathon pace 6:45 ish. I ended up doing 6:44, with a push last few miles. I have started to break in a pair of Skechers GoMeb Speed2, great fast shoe, that I will use at Boston Marathon. Also I was using brand new Feetures! socks. I have to say, its like the GoMenbs and Feetures! was meant for each other. What a great combo! It was a great effort going in to this work out with rough legs and I got a great week in.

This week will be more Boston Specific work outs! 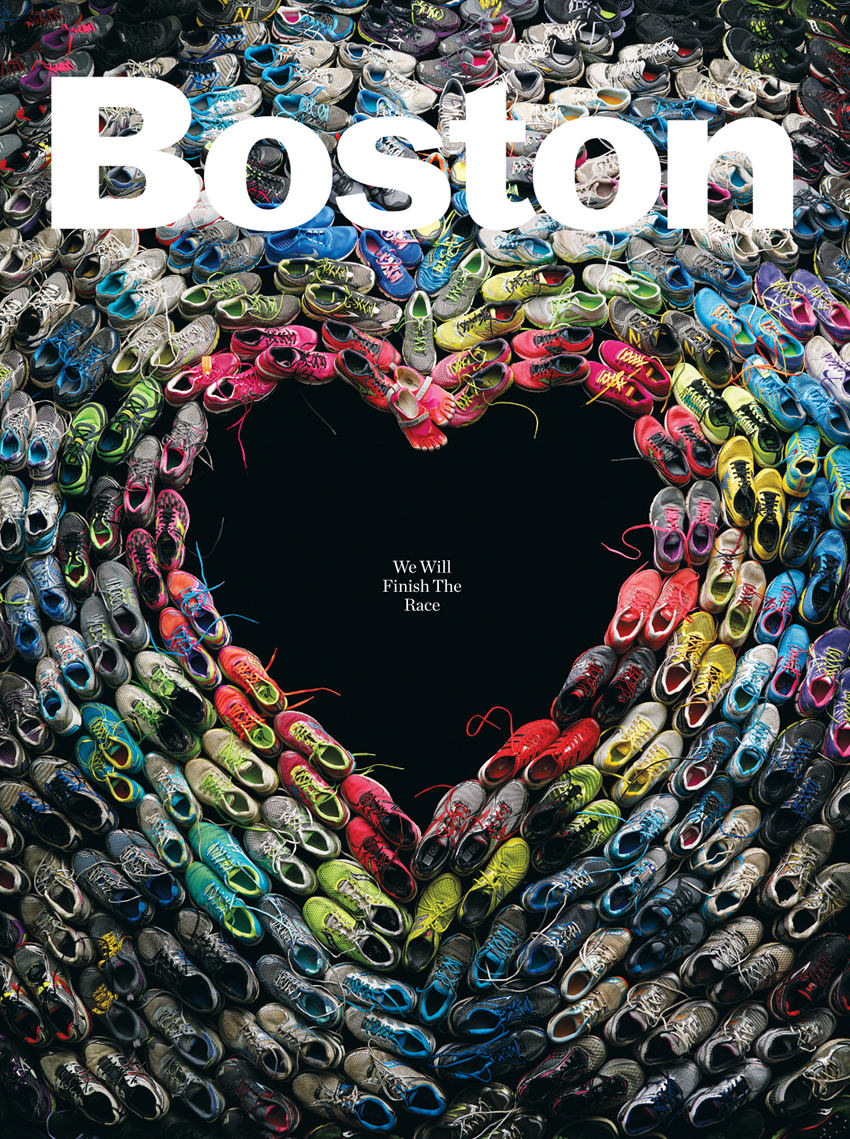 Posted by therunningswede at 6:54 AM No comments: