In a couple of weeks Salming Athlete Marc Burget will take on, one of the toughest running races in the world - Spartahalon. Marc tells more here about his training for this challenge along with nutrition and #nononsense 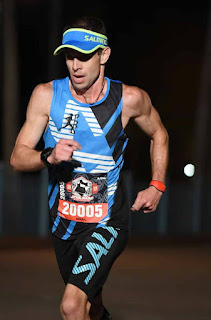 How and when did you start running?
I have been running since 1992. For most of those years, I only ran
3-5 miles a couple times a week just to stay in basic shape.  In 2012
I decided I wanted to run a marathon before I turned age 40.  It only
took 1 marathon and I was hooked on the competition.


What's your favorite distance and race and why?
100 miles and beyond.  Anything can happen over the course of a  100
miler.  Just being the fastest guy in a 100 is irrelevant when it
comes to winning.  Planning, training and patience is the most
important part to being successful in these races.


How many miles per week do you usually do?
Usually anywhere between 90 - 140.  There are given weeks where we
have hit 200 miles if I am training for a big race.


Where do you typically run, track, roads or trail?
Most of my miles are on the road with a weekly Track workout.


How do you train differently as an ultra runner?
To me there is not a lot that is different than training for a
marathon, except for the heavy mileage.  Usually i will do 2-3 long
runs in a week, but some weeks have involved running 7 marathons in 7
days.


What's your favorite workout?
Track workout 4x1 Mile with 800 Meter jog/recovery.  Most of my
training miles are at a slower pace so its nice to change it up and
run fast from time to time.


How do you plan your training? Coach, book plan or self coached?
My coach is Paul McRae of Personal Running Solutions.  He has coached
me since 2013 and has taken my marathon time from 3:10 down to 2:35.
He is a great athlete and is hands on with his coaching.  He is not
afraid to get out and log so hard miles with you.


How would you describe yourself as a athlete?
If think its fitting, that the perfect words would be No Nonsense.  I
am 100% committed to this sport.  Every run has a purpose and we
approach each race with the goal to preform at the highest level
within myself. 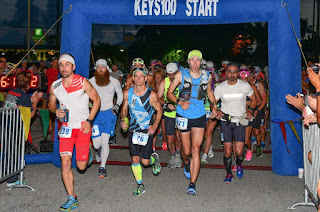 Tell us about your upcoming race Spartathlon?
Spartathalon is considered by many as one of the World's most grueling
ultra marathons.  It does not have the extreme temperatures of
Badwater 135 or the total elevation as Western States or Hardrock 100.
Spartathalon is  a 246 KM ( 152 mile ) race with a cutoff of 36 hours.
It celebrates  the footsteps of Pheidippides' journey, from Athens
to Sparta to deliver the message to King Leonidas to request help
against the Persians in the Battle of Marathon of 490 B.C.


How has your build up and training been going for that race?
Training has been great according to my coach.  I am one to think that
I can always be doing more, but listen to the Coach McRae to avoid
burning myself  out with over training.


Tell us more about your nutrition intake for such a long race and
other ultra races you do?
I try to average around 250 calories per hour.  During a 100 mile race
I fuel mostly with fluids. Hammer Nutrition Heed / Sustained Energy
Mix and Hammer Gels are my main fuel source.  I also consume around 3
liters of Coca Cola which is my main craving during a race.  If I
require and solids throughout, Ramen cup of noodles is the only thing
I can tolerate.

" I also consume around 3liters of Coca Cola
which is my main craving during a race."

What's your dream ultra to complete?
Without a doubt it has to be Spartathalon.  There is no other race
that is so rich in historical importance. 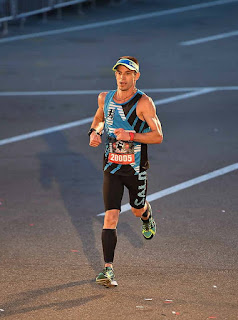 Running in Florida, means running in heat year around, how to do cope
with the heat and what kind of advice would you give, coping with heat
and humidity?
I am one who actually loves the heat.  I think the biggest factor in
running in the heat is being able to block it from your mind.
Obviously pace needs to be reduced and hydration increased but
training in higher temperatures will definitely give you an advantage
on race day.

When did you first hear about Salming and Salming Running?
I was introduced to the Salming by Coach McRae in 2015 and have been
intrigued by the brand ever since.


How long have you been an ambassador?
January 2017

What's your favorite Salming shoe and equipment?
Speed 6.  This is the shoe of choice for both my training and races.
It is a light weight shoe  fastest enough for the  5K distance, but
also has plenty of  cushion for a 246K.

What does #nononsense mean to you?
#nononsense means that Salming does not waste time and effort putting
gimmicks into their equipment just to attract buyers with a false
technology.

How does Salming Running fit in, today's running industry?
Salming is the new kid on the block and can match up with any top
running brand shoe on the market.

"Salming is the new
kid on the block"

How do you promote Salming as an ambassador?
I am a sales associate at Endurance House, a multi sport Specialty
retail shop.  Each day I get to introduce new athletes to the Salming
Running Technology.

How do you see Salming grow in the future?
The running shoe industry is very competitive.   Salming will continue
to market natural running with high quality equipment and continue to
steadily grow over time.  I am excited to be part of it.

Posted by therunningswede at 10:20 PM